The Blowfly followed its parents, the Gumbputt and Powerdrive — both approved in 1986.

This rubbery putter became known for its ability to stick, rather than roll or skid away, when you miss.

Which come to think of it is maybe not the best motivation for buying a putter, since you’re admitting up front that you’re scared of what happens when you miss. Just saying. 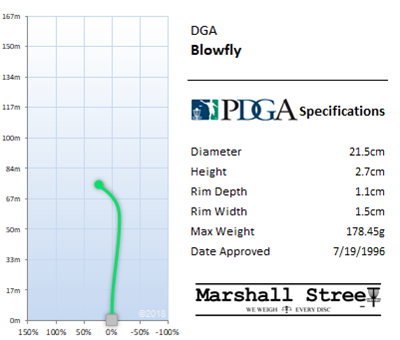 Be the first to review “Blowfly” Cancel reply