The flattest and most overstable Aviar.

It’s not really the same as the classic Aviar anymore, but since golf is such a mental game, maybe it helps to have an overstable putter that simply has the name “Aviar” on it. Makes you feel reassured; like “hey, an Aviar! I know how to throw those!” 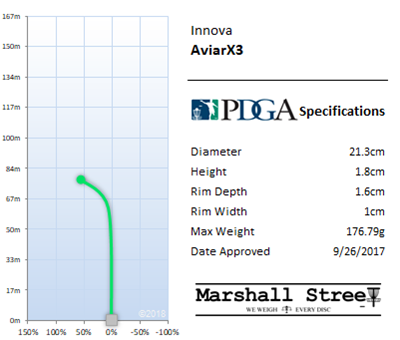 Be the first to review “Champion AviarX3” Cancel reply