The PA3 has quickly become Prodigy’s most favored putter, accordingly to 78.3% of people we interviewed.Prodigy’s nicest straight flying putter has become a popular one, and quite the nostalgic one too. It’s been described as having a nice bead, like a KC Aviar, but some have described it as a combination of a Magic and a Wizard. 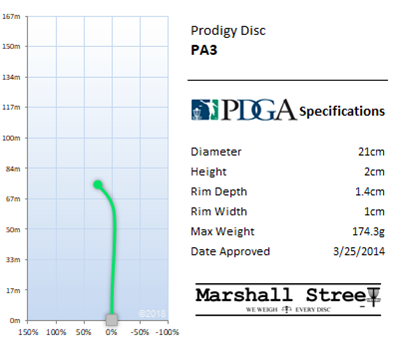 Be the first to review “Prodigy PA3, 350G” Cancel reply