Named after the man whose son flew too closed to the sun. Throw low!

A high speed driver meant to fly nice and low to the ground, and is an excellent choice when combined with a tailwind.

Not only is this disc named a Greek tale, but the other employees have brought it upon themselves to name this disc after me… which is really weird considering I have never thrown this, and don’t even have the arm speed to throw it yet. 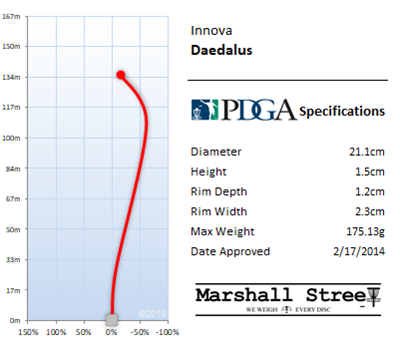 Be the first to review “Champion Daedalus” Cancel reply