When the Teebird appeared in 2001, as an Eagle with more glide, it was one of the farthest flying discs. Like all best-selling models, it’s now made in a number of plastic mixutres — DX, Champion, Star & Echo Star — and enjoys a wide following.

Now relegated to control driver status by all the faster discs that have since appeared, the Teebird remains one of the most frequently recommended discs in our pro shop. Also available in 150 Class. 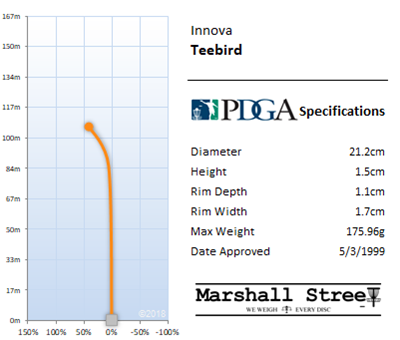 Be the first to review “DX Teebird” Cancel reply