With a word, the mystic would rise. Luminous clouds would appear, lifting her to the stars — her rightful place. Inhale the seriousness of the world, and exhale the lightness of your spirit. At last she spoke —“Ascend!” Ryan Advent channels his creative spirit to create an SE with a uniquely Streamline aesthetic. With a vibe that feels ripped from a truly classic ad or even a tarot card, the Ascend SE is sure to be a hit with collectors and throwers alike. As an understable fairway driver with tons of glide, the Ascend SE also matches its flight quite well. Rise, and reach your greatest potential with the Neutron Ascend SE! 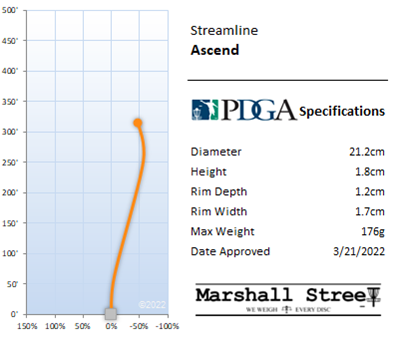 Be the first to review “Neutron Ascend,Special Edition” Cancel reply