Not Gateway’s original Apache, a 1.7 cm disc introduced in 1999. This (retooled) Apache came out a decade later, and is very different. But they’re both relatively straight-flyers, just this retooled Apache is 1.9 cm, making it faster. I just went out and tested one and it’s basically understablish with a reliable albeit gentle fade. 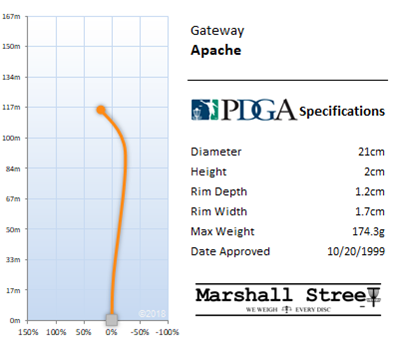 Be the first to review “Diamond Apache” Cancel reply