Formerly known as the Kong and these things BOMB!

While the prototype sold and flew insanely well while known as the “Kong”, the first run has come with a name change to “Zeus”.

If you threw the Kong, you might agree that the “King of the Apes” is a bit of an undersell… This disc is King of the Gods! 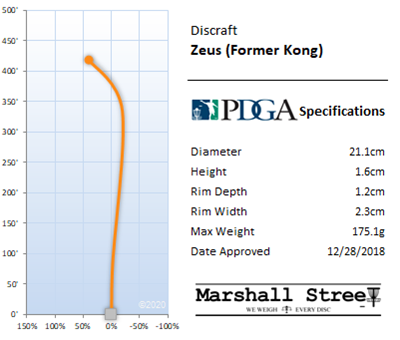